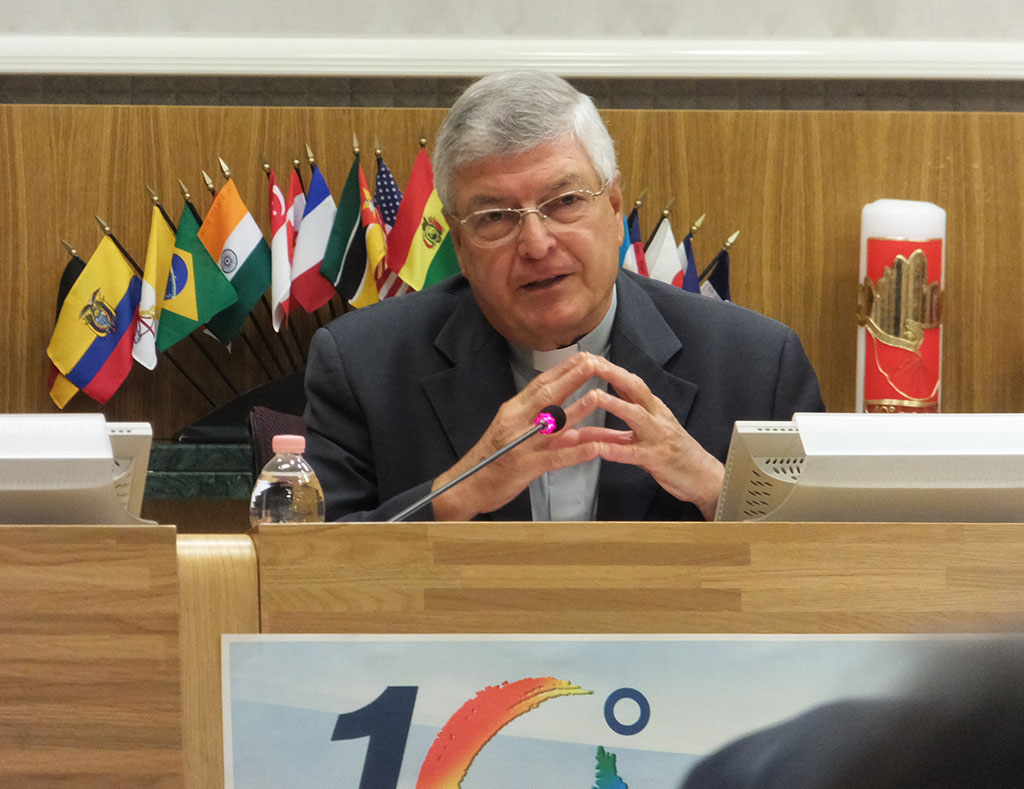 We know that life in a religious Institute, as in all organizations, is regulated by rules, codes of behavior and the specific roles its members are called to carry out. But if we were to limit ourselves to these horizons, we would run the risk of extinguishing the life of the Institute because we would kill its essence, namely: the beautiful and beneficent fruit of a particular charism bestowed by the Spirit of God on his Church for the life of the world.
In the light of an Institutes charism, everythingthe vows, the Rule of Life, specific duties, the hierarchical structure of the group, its life, mission and fraternal communiontakes on meaning because all these dimensions are lived as a response to Gods gift to the Institutes Founder, which is renewed in the life of the Institute and its members.
Today, Fr. Gianfranco Ghirlanda, sj, helped us penetrate this reality more deeply by means of two very interesting talks entitled, The Service of Authority and Obedience in the Religious Life and The Constitutions of a Religious Institute: An Expression of Its Charism.
Understood in its most profound dimension and put into practice with Gospel radicality, said Fr. Ghirlanda,  religious obedience is a prophetic witness in the Church and in the world of today. Contrary to the spirit of discord and division caused by race and origin, language and culture, authority and obedience shine like a sign of the fraternity born of the Spirit, of the interior freedom of those who put their trust in God, despite the human limitations of those who represent him.
Our certitude of this prompts us to make an even greater commitment to obedience!
Ariccia, 11 September 2013